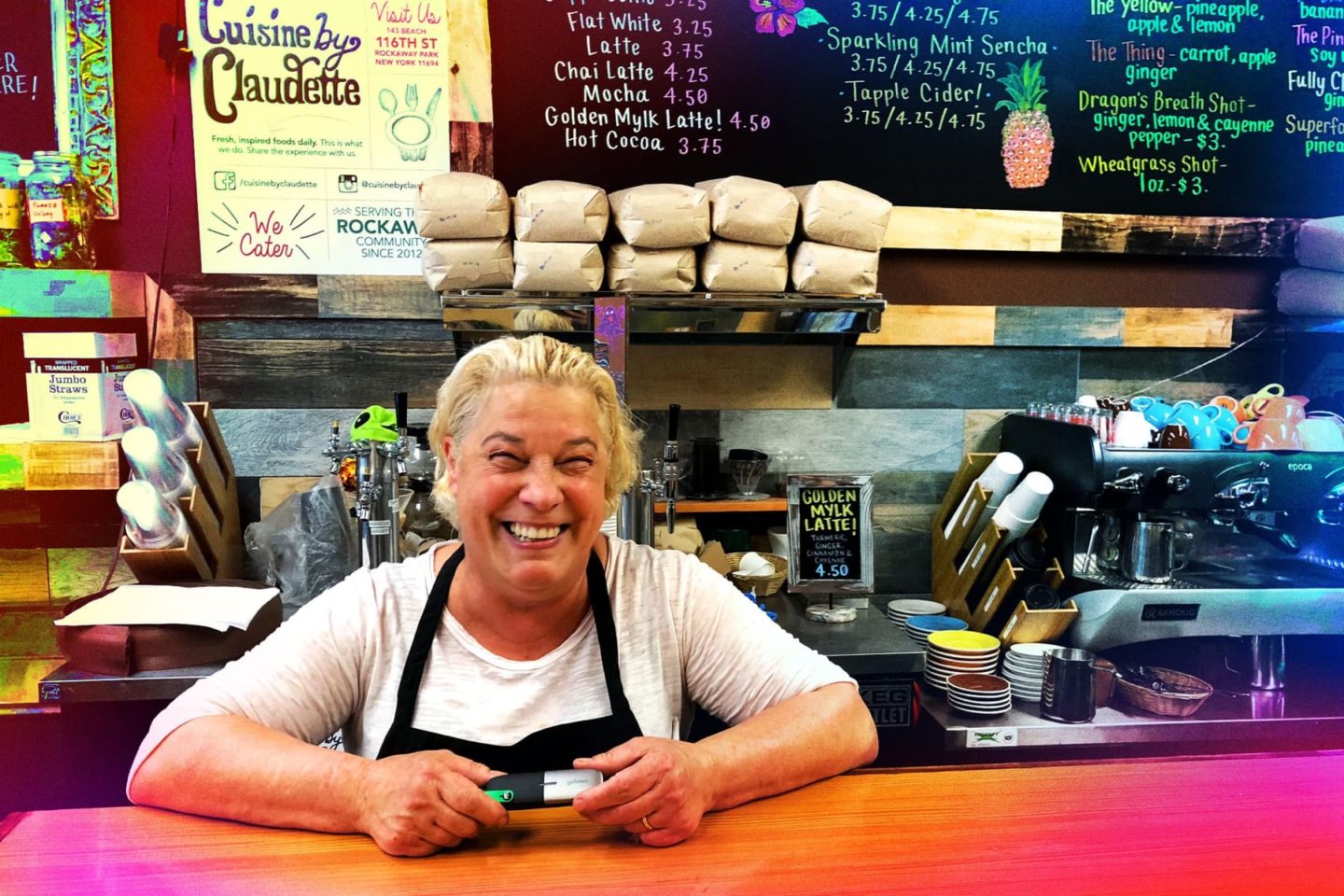 When natural disaster strikes and the systems we rely on crumble, there is little we can do in the moment to prevent upheaval. In the wake of Hurricane Sandy, access to communication was scant, leaving some communities disconnected for days, weeks, and sometimes months. Claudette Flatlow had opened her cafe, Cuisine by Claudette, in Rockaway Beach only six months before Superstorm Sandy hit. She recently shared her story with me and she remembered how, “the whole neighborhood was flooded and lost power. No one was ready. The city wasn’t ready, the government wasn’t ready, we weren’t ready.”

The ability to communicate and coordinate rescue operations is fundamental to emergency preparedness and management. According to the Federal Communications Commission, about 25% of the region’s wireless cell towers were out of action after the storm. At goTenna, our founders saw first-hand the reach of the storm’s destruction and how communication channels were affected at all levels. They began to imagine a new structure for a communication network, one that would enable users to contact each other regardless of cell tower or wifi access. What resulted was our decentralized communications device, goTenna Mesh, that gives users the power to create their own communication network dynamically by setting up mesh networks directly with each other rather than relying on a central authority.

During the past year, we’ve been working hand in hand with the New York City Economic Development Corporation (NYCEDC) as part of the RISE:NYC program to encourage resilience amongst small businesses and prevent vulnerabilities in the future. RISE:NYC was designed to surface new technologies in the service of mitigating the damage of storms and the effects of climate change. The NYCEDC straddles both the worlds of local governance and entrepreneurship. It works in the service of the city – many members of its board are appointed directly by the Mayor – but is not a city agency. Its role promoting public-private partnerships in the city also makes it a natural nexus of centralized and decentralized systems. The NYCEDC recognized the gaps and potential shortfalls of centralized communication systems, particularly in light of Sandy, and knows that public utilities are not always flexible enough to meet certain challenges. It started RISE:NYC to bring on new partners to help fill those gaps.

As part of our winning proposal to RISE:NYC, we’re distributing 20,000 goTenna Mesh devices at no cost to small businesses across New York City that were directly or indirectly impacted by Superstorm Sandy. We are proud to be participating in the program with other organizations working to storm-ready our city with off-grid solar and wind power, flood resistant building materials, and other ideas still in the making. As Claudette told me about the Sandy recovery period, “We lost a lot, but we gained more. The neighborhood changed. We’re stronger and re-energized. It’s almost a blessing.” We are humbled to be a part of that at goTenna, especially since the story of Sandy is written into our company’s DNA.

As messengers of decentralization, we have been working from the ground up, going neighborhood to neighborhood and cultivating relationships with small businesses along the way. We’re working to strengthen the NYC mesh community, build peer-to-peer networks, and allow access to communication networks when central systems might not. We just wrapped up Phase 1 of the program where we distributed 4,000 devices to small businesses including Claudette’s. “If a storm hits or if we lose power,” Claudette’s son John predicted, “we will be better prepared because of goTenna.” As we look ahead to Phase 2, we are allocating 6,000 more devices for small businesses in New York City. We are encouraging anyone that owns or works for a small business that was impacted by Sandy to apply for the RISE:NYC program here.

Kristen is a recent graduate from Boston University and feels happiest on the internet. She is currently interning at goTenna where she is helping with the RISE program by finishing distribution for Phase 1, and doing outreach for Phase 2 (another 6,000 devices!). Follow her on Twitter @kris10cabrera.